Cart
0 items
No products found...
Wish List
items
You need to be logged in to use this feature...
Login
Log in if you have an account
Register
Having an account with us will allow you to check out faster in the future, store multiple addresses, view and track your orders in your account, and more.
Create an account
Home Brands Natart
Categories
Tags
babybearboycribsgirlgreylightingoiloplushsofttoybaby beddingbaby blanketbeddingblanketblankyblueboyschanging pad coverchenillecribcrib beddingcrib mattresscrib sheetcrib skirtfarm housefurnituregiftgliderslampsluxemodern babypillowpinkplayrockerssilversockssweettoes 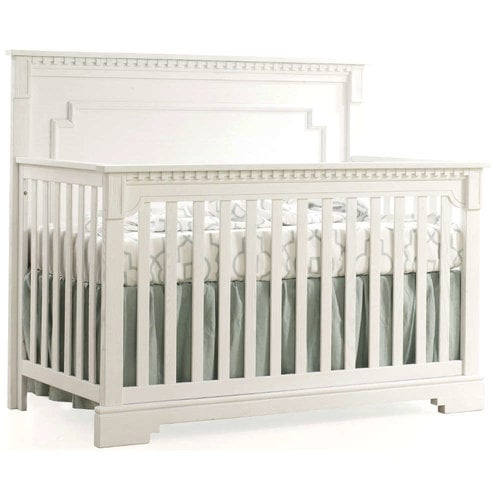 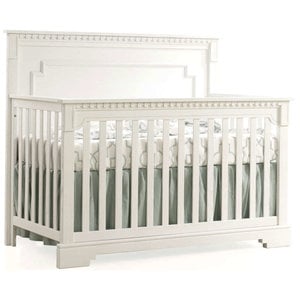 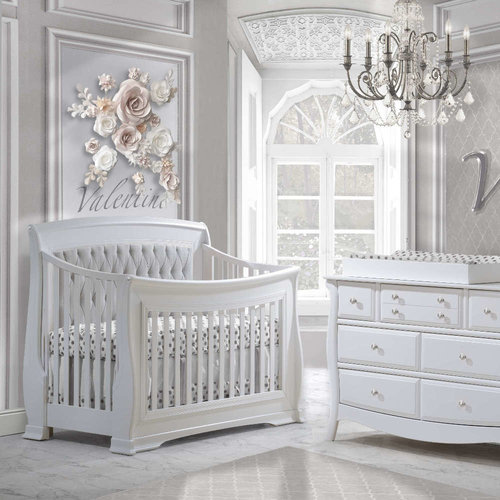 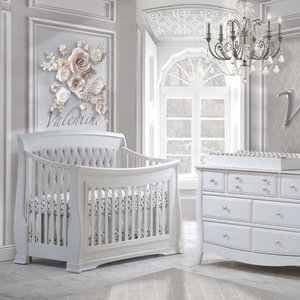 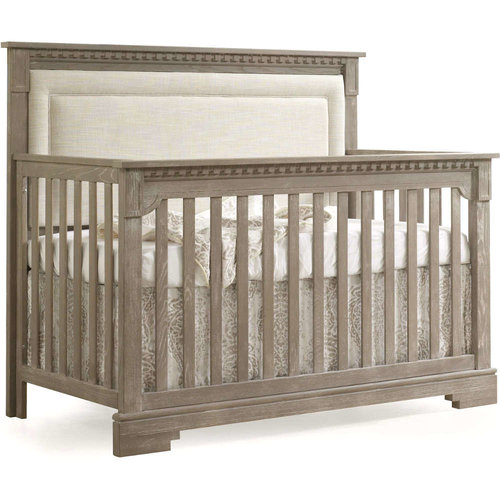 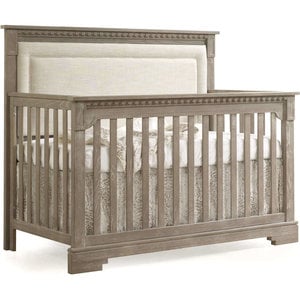 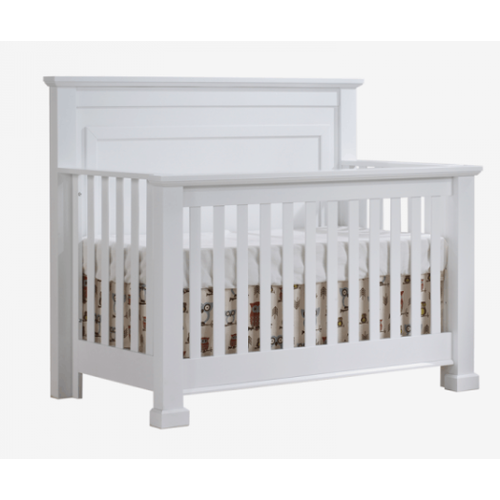 NATART
Natart Taylor Convertible Crib
$1,199.00
($1,199.00 Incl. tax)
It also has a myriad of pieces to choose from and offers long term value with five configurations: crib, toddler bed, daybed, double bed or double bed with low profile foot board for easy transitions from baby to toddler, to teen and will surely accompany
Quickview test 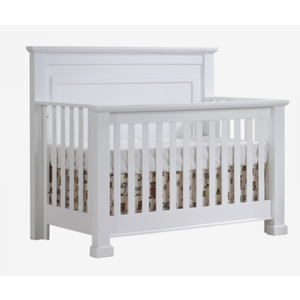 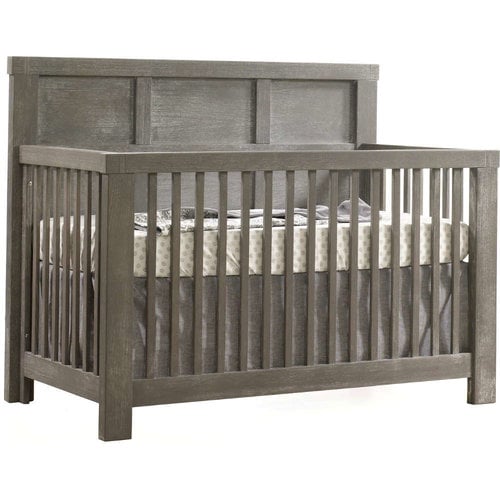 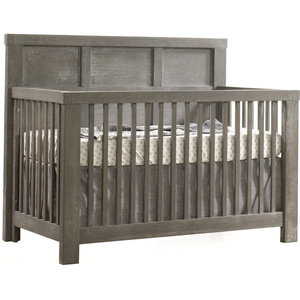 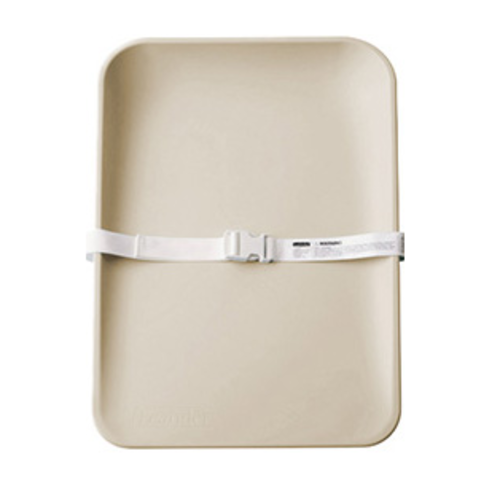 NATART
Tulip Matty Changer Cappuccino New
$159.99
($159.99 Incl. tax)
When having a baby, a changing mat is practically an indispensable tool. A changing mat helps you to change diapers in a safe, comfortable and hygienic manner. Matty is a soft cushion mat that can be placed directly on the changing table or directly on th
Quickview test 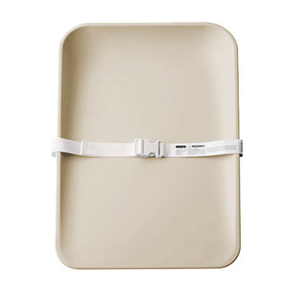 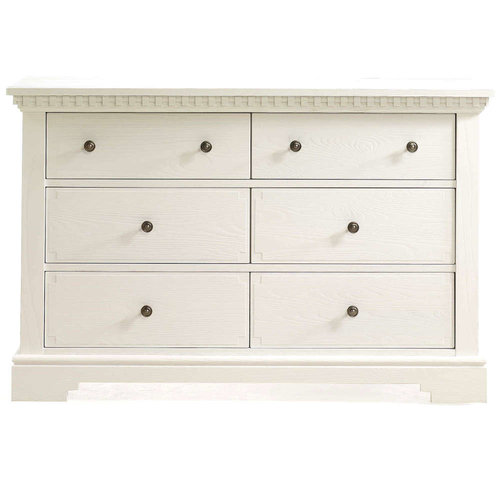 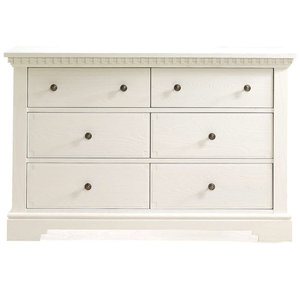 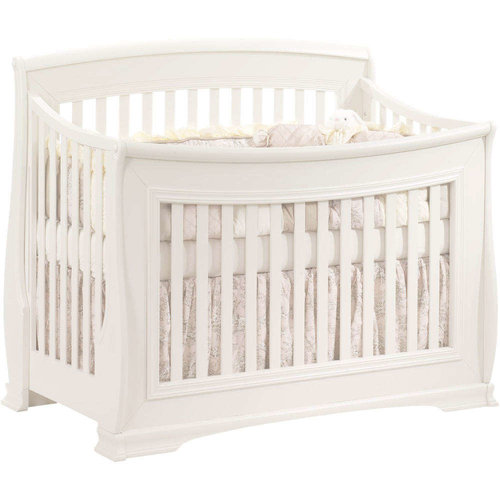 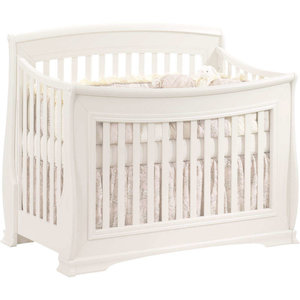 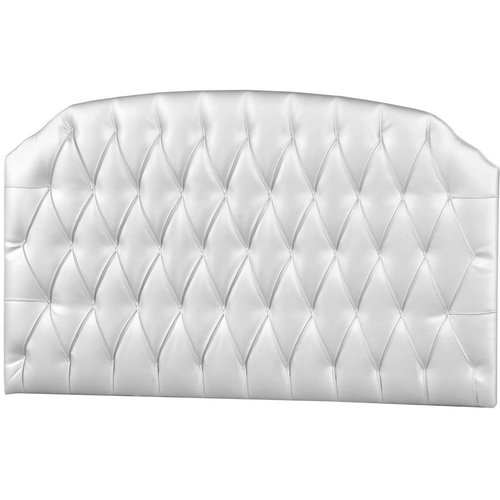 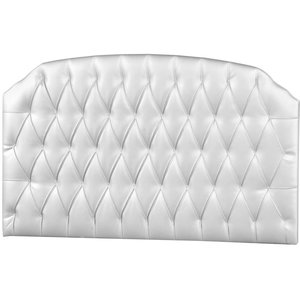 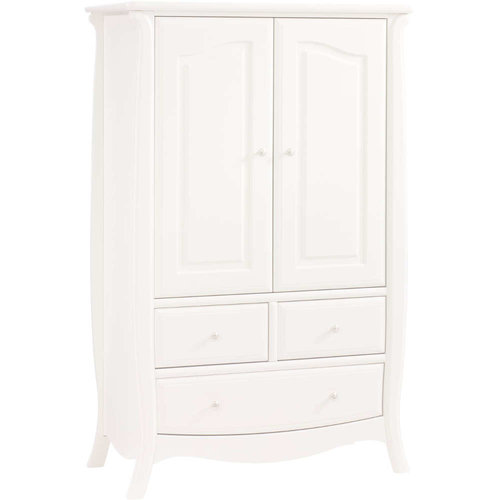 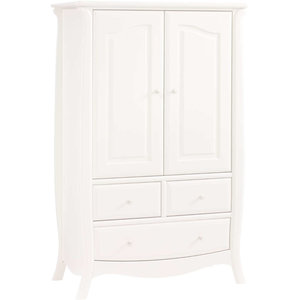 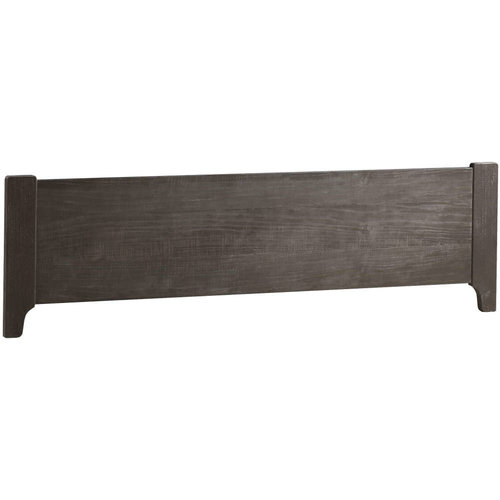 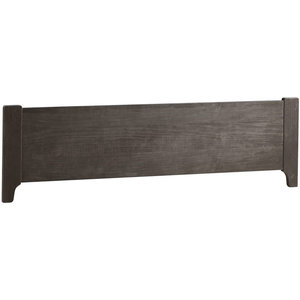 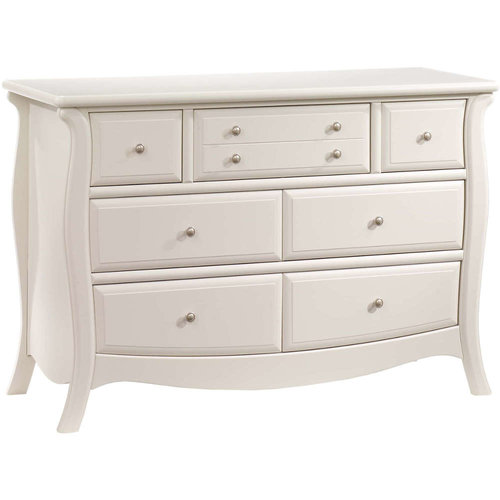 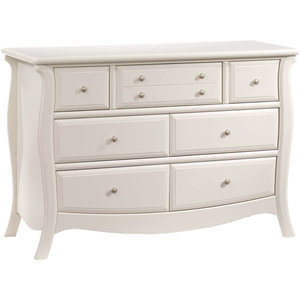 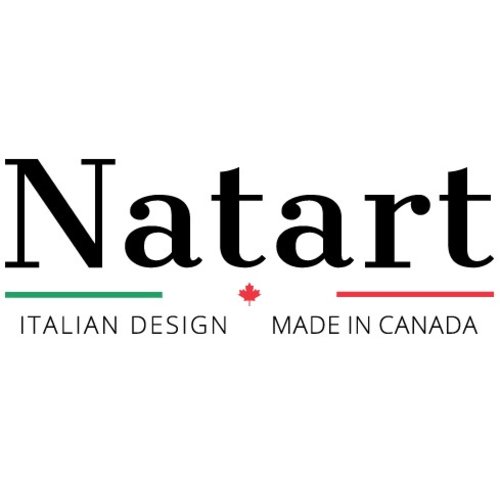 Natart Juvenile is the largest manufacturer of baby furniture in North America. All beds, cribs and furniture are Greenguard GOLD Certified for low VOC emissions. We take care in designing furniture of the highest quality, safety and for the health of your child.

Since emigrating from Rome, Italy to Princeville, Quebec in 1995, our family has worked diligently over the last two decades to elevate our company and juvenile offerings to be among the best in the industry. Our goal is to produce superior quality products possessing elevated design aesthetics. We glean inspiration from international venues, architecture, and fashion trends, and strive to marry functionality with aesthetics. All design is executed in-house.

Location – Made in Canada

Nestled in a quiet hamlet in the province of Quebec, Canada, Natart Juvenile is proud to be the largest North American manufacturer of baby furniture.

We employ a local workforce, comprising of 55% female and 45% male employees. We find that female employees impart their best to this specific niche of manufacturing due their understanding of what mothers expect and their acute attention to detail. 95% of our employees have graduated from the accredited École Nationale du Meuble (school of woodworking and design) or have some formal woodworking formation. As proponents of utilizing a local workforce and material sourcing, manufacturing in North America not only allows us to support the local economy, but also ensures a higher quality product because we are personally able to oversee production.

All of our Natart Juvenile brand cribs, beds and furniture are comprised of Solid Wood and are Air Quality Certified (super-testing for VOCs and Safety Phthalates) under UL’s Greenguard GOLD (Children & Schools) Certification Program. In fact, we were the first in the industry to certify all of our cribs, across all brands, back in 2010. In addition, all products conform to both US and Canadian safety standards and are tested annually by an eminent, independent 3 rd party testing laboratory.

Our goal and commitment to you is to constantly evolve and improve, strive to be our absolute best, and offer a superior quality product. The greatest satisfaction comes from having previous customers return years later in order to furnish the rooms for their second or third child – this demonstrates your confidence in us. We sincerely appreciate being given the opportunity to furnish your children’s rooms and be a part of your lives. 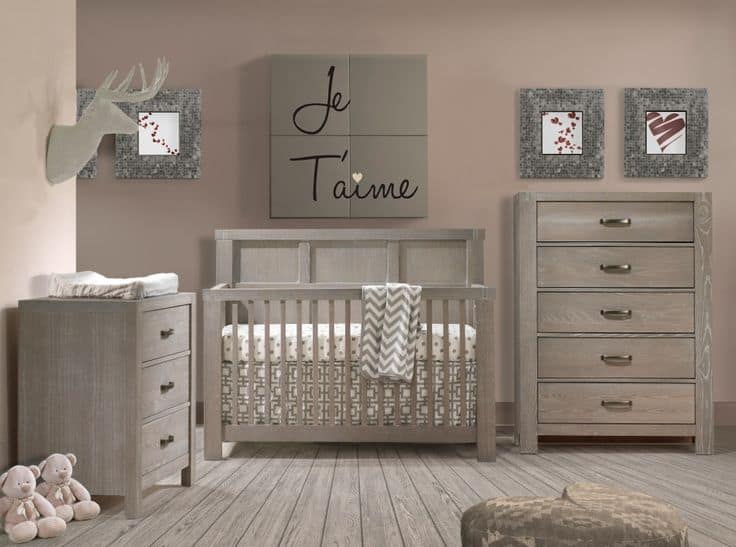 Quebec-based Natart is one of the few survivors of the shake-out of Canadian nursery furniture makers, most of which succumbed to competition from Asian imports.

While Natart Juvenile did briefly flirt with making its cribs and dressers in China in the late 2000’s, the company now produces all its furniture in the small hamlet of Princeville, Quebec.

Natart’s mojo is high style furniture—designs you won’t see elsewhere in the market. Touches like silver paint finishes and sculptured dressers help Natart stand out from the crowd.

Yes, that is expensive, but the quality is there. Dressers features self-closing glides, center stabilizer bars and other quality touches. New in the past year, Natart Juvenile has rolled out several styles with upholstered (tufted) panels.

Price and style-wise, Natart is on par with Restoration Hardware—except Natart is made in Canada, while RH imports from Asia.

We recently toured Natart’s Quebec factory and were impressed—Natart’s emphasis is on eco-friendly furniture, married with an Italian design influence (founders Tony and Michel De Bonis moved Natart from Rome to Quebec in 1995).

While all of Natart’s furniture are GREENGUARD certified to be low emission, Natart’s Tulip sub-line takes the eco-angle one step further: all its cribs and dressers feature “all engineered recycled wood (MDF) and bamboo components.” Tulip cribs run $1100, which include the conversion kits to confer to a double bed. A three-drawer dresser is about $1000.

Newest to the Natart family is the Leander line, which is imported from Denmark and features an oval crib that converts to a twin bed (like the Stokke Sleepi). Price: $1300, which includes the conversion rails. Confusingly, this brand is sometimes referred to as Nest Leander.

Nest is a collection of less expensive furniture, with cribs at $600-$800. While Nest furniture is simpler in design compared to Natart, the line still features some of the touches you see in the upper-end brand (example: the rustic look of the Provence collection; self-closing drawers for dressers, etc).

Natart/Tulip/Leander/Nest are sold in specialty stores, with just a handful of online dealers (Bambi Baby, for example). No Amazon, no chain stores—so this brand will take some effort to see in person (Natart’s store locator). And considering the dwindling number of specialty baby stores out there, there are some areas with no Natart dealers at all (Colorado, Oregon, Arizona—sorry, no Natart dealer for you).

In a nutshell, Natart Juvenile is an excellent choice if you want to avoid Chinese-made furniture and are willing to pay extra for the eco-focus. Rating: A